U.S. Strike on Iranian Commander in Yemen the Night of Suleimani’s Assassination Killed the Wrong Man

On the night the U.S. assassinated Iranian Maj. Gen. Qassim Suleimani by drone strike, the U.S. launched a similar operation to kill a top Iranian commander in Yemen, a U.S. official told The Intercept.

The operation was aimed at killing Abdul Reza Shahlai, the commander of the Yemen division of Iran’s elite Quds Force, near the Yemeni capital Sana’a. Shahlai survived, but a lower-level Quds Force operative was killed, and Shahlai went into hiding, the official said. Shortly thereafter, Iranian state TV reportedly announced the death of a Quds Force operative named Mohammad Mirza in “one of the fields of Resistance Front.”

The IRGC Qods Force seems to have acknowledged a fatality in Yemen for 1st time. State media says that Mostafa QF operative Mohammad-Mirza’i died in a military operation on 3 January in "one of the fields of Resistance Front." State media is very open about Iraq, Syria deaths. pic.twitter.com/QwaeeHvfGT

Shahlai is a senior operator in the Quds Force, the external operations arm of Iran’s Islamic Revolutionary Guard Corps. He was sanctioned by the U.S. in 2008 for his role in operations against the United States in Iraq, and the U.S. has accused him of coordinating a 2011 plot to assassinate the former Saudi ambassador to the U.S., Adel al-Jubeir, at a restaurant in Washington, D.C. Shahlai has since been placed in charge of the Quds Force division responsible for aiding the Houthi militia in its war against Saudi-led intervention in Yemen, the official said.

The strike was first reported by the Washington Post. The White House referred The Intercept to the Department of Defense, which did not respond to a request for comment in time for publication.

The Trump administration had contemplated killing Shahlai for three years, as a means of deterring further Iranian support for the Houthis in Yemen, the U.S. official told The Intercept. But the attempt to assassinate him on the night of January 2 seems to undercut the government’s stated rationale for killing Suleimani, who U.S. officials have repeatedly described as posing “an imminent threat” to U.S. forces in Iraq.

Shahlai is unlikely to have posed a similar threat in Sana’a, where the U.S. evacuated its embassy compound in 2013. The U.S. conducts operations and drone strikes against Al Qaeda in the Arabian Peninsula in Yemen, but does not have personnel in the north of the country, which is controlled by the Houthis and where Sana’a is located.

“Congress needs answers,” tweeted Rep. Ro Khanna, D.-Calif., who has been critical of the U.S. role in the Saudi-led intervention. “What was the full extent of the Trump administration’s plans to kill Iranian officials? How does the attempted killing in Yemen have anything to do with an imminent threat?” 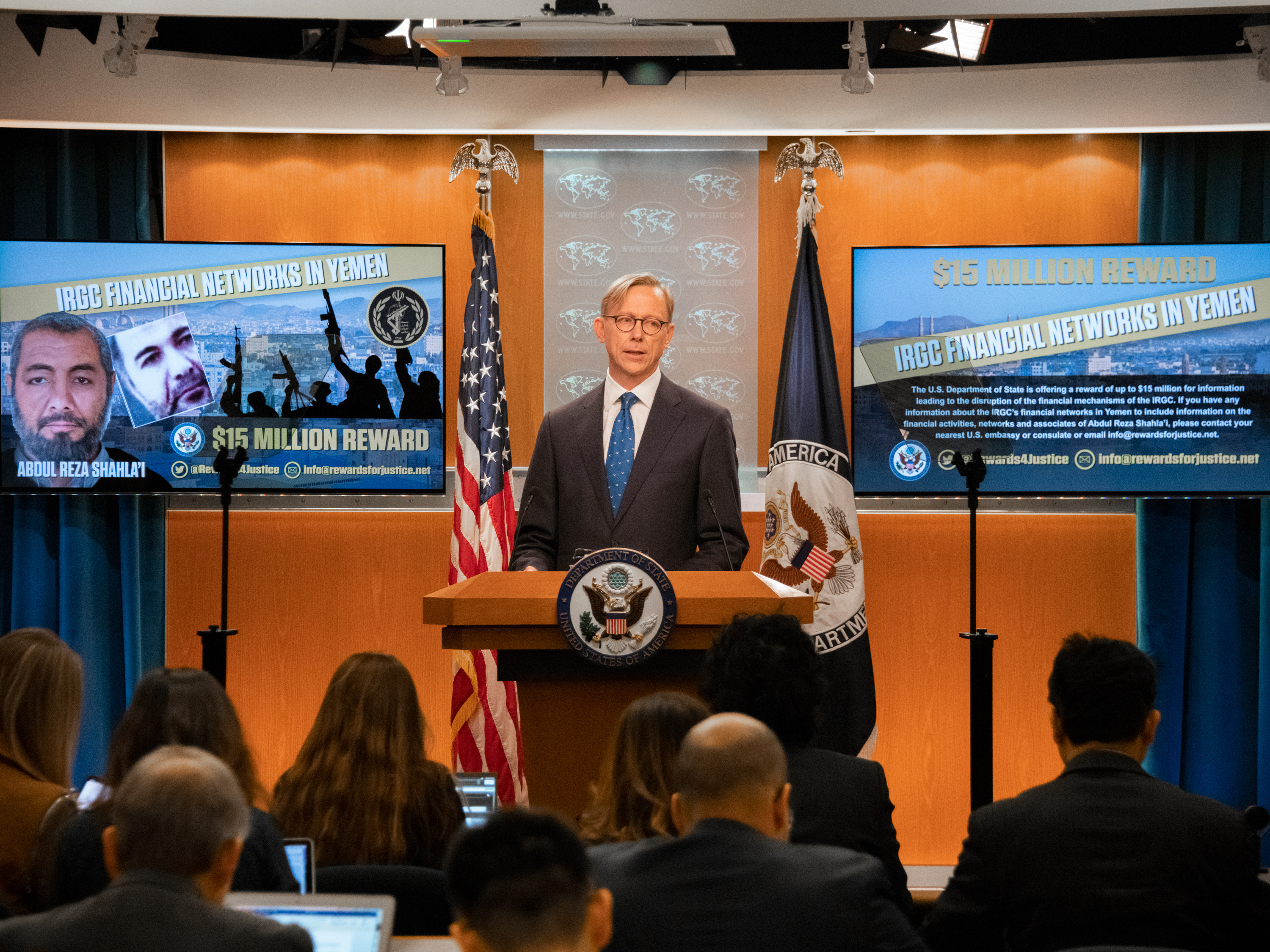 Since the beginning of Yemen’s civil war, a small number of Iranians have provided weapons and training to the Houthis. In March 2014, a coalition led by Saudi Arabia and the United Arab Emirates launched a U.S.-backed intervention aimed at removing the Houthis from power and restoring the previous Yemeni president, Abd Rabbu Mansour Hadi. In the four years since, the situation has devolved into a war of attrition fueled by international proxies that has given rise to one of the world’s worst humanitarian crises.

Congress has not authorized U.S. military action against Iran, so members are likely to question the legal basis for a strike against Shahlai. Congress did, however, recently pass a bipartisan resolution directing President Donald Trump to withdraw U.S. forces from “hostilities” in Yemen. Trump vetoed the resolution, but it marked a clear desire on the part of Congress to end American support for Saudi-led operations in the country.

The Trump administration has characterized its strike on Suleimani as an act of self-defense, saying that the commander was planning imminent attacks against dozens and possibly hundreds of Americans. But following classified briefings on Capitol Hill, numerous lawmakers from both parties claimed that the administration had failed to present direct evidence of an “imminent threat,” even when they asked repeatedly and directly.

The strike on Suleimani came in the midst of escalating hostilities between American forces and Iranian-backed militias in Iraq. As tensions rose last month, a rocket attack by an Iran-backed group called Kataib Hezbollah killed one American contractor and wounded four American servicemembers. Days later, the U.S. retaliated by bombing five Kataib Hezbollah positions, killing 24 people and wounding 50, according to a Hezbollah spokesperson. In the following days, members of the militia and their supporters stormed the fortified U.S. embassy compound in Baghdad. No one was killed, but the security situation remained tense.

Following the strike on Suleimani, the U.S. sent a letter to the U.N. Security Council, saying that the U.S. had “undertaken certain actions in the exercises of its inherent right of self-defense,” and that the actions “include” the operation to kill Suleimani, leaving open the possibility that the U.S. conducted other strikes that night.

The post U.S. Strike on Iranian Commander in Yemen the Night of Suleimani’s Assassination Killed the Wrong Man appeared first on The Intercept.